A J Type Bolt known as no national standard, said bolt shaped bolts, it is generally used on special occasions, special use. The difference is that with ordinary bolts have a national standard.
2, bolts: mechanical parts, fasteners equipped with cylindrical threaded nut. Consisting of a head and the screw (externally threaded cylinder) for a class of two-part fastener is required and the nut for fastening two parts with hole. This connection type called bolt connection. As to unscrew the nuts from the bolts, but also so that the two parts separate, it bolted belongs detachable connection.U shaped bolt feature two threaded arms extending from a bended bottom. There are many usage for a U-bolt such as to attached different sizes pipes to machines. However a square shaped U-Bolt is commonly used for lumber applications. Suitable for automotive, plumbing and other home and industrial applications. The U Type bolt is a non-standard bolts, as is it shaped like U-shaped, so we called it U type bolts, which can be combined with two nuts and plated, mainly used as fixed tubular pipe or sheet such as automotive leaf spring, because of the way its fixed objects like a man on horseback, also known as horse bolts.

U type bolt generally used in the truck, which is used to stabilizing the site and car chassis. For example, the leaf spring is connected by the u-bolt. U type bolts usually used in daily life: construction and installation, machinery parts connected vehicles, ships, bridges, tunnels and railways. Principal shapes: semi-circular, square, rectangular, triangular, oblique triangle. 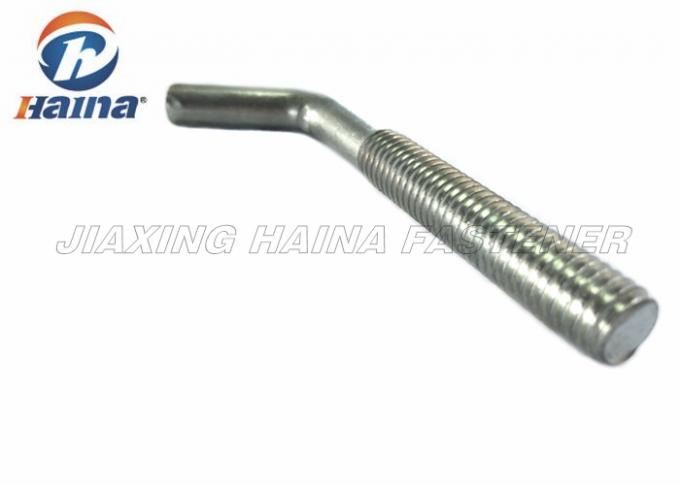